One of our core themes this year is “Transformative Conversations,” an appropriate topic for this space as conferencing and collaboration – i.e., people connecting, communicating and working together – is the key to discovering new and better ways to do business. And helping our readers do just that is this blog’s mission.

So, with summer upon us, a time when many business people take advantage of long days and warm evenings to pause, relax and pick up a few good books, we wanted to recommend some candidates for your reading list. Our selections represent seven elements we believe are essential for developing the perspective, practices and processes that can transform your own performance and the performance of your enterprise as a whole:

De Pree sees leadership as stewardship with building relationships, initiating ideas and creating value as the mission. The secret, he explains, is seeking answers to the “whys” before diving into the “hows” of corporate existence.

The Vital Question: Energy, Evolution, and the Origins of Complex Life – Nick Lane

Lane’s premise is that energy is the basis for evolution. Before microbial creatures began to pair up and share energy, life on earth was basic and evolved little over millennia, he argues. But as the scale of energy invested in organisms increased, so did the range of diversity and depth of complexity in living things. The same can be said of business organizations and the teams that drive them.

Winning Well: A Manager's Guide to Getting Results – Without Losing Your Soul – Karin Hurt & David Dye 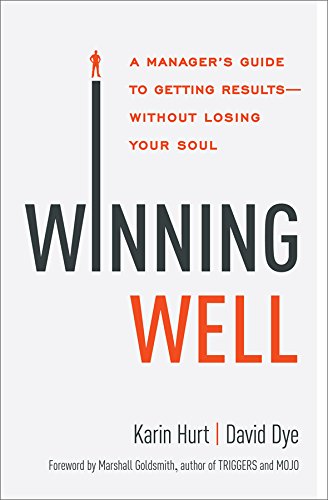 Hurt and Dye argue that today’s hypercompetitive economy infused with digital technology can create tense, overextended workplaces – physical and virtual. And in this type of environment, managers may feel they must choose between results and relationships. To avoid this zero-sum mentality, the authors offer a quick, practical action plan complete with examples, stories and online assessments.

Winning the Brain Game: Fixing the 7 Fatal Flaws of Thinking – Matthew E. May

In the course of his research, May issued a "thought challenge" to 100,000 professionals—and less than 5% came up with the best solution. Most of the rest were limited by problem-solving patterns that block our best thinking, which can stifle creativity and complicate planning.

How Not to Be Wrong: The Power of Mathematical Thinking – Jordan Ellenberg Ellenberger, who writes “Do The Math” on Slate.com, covers everything from lotteries and dating services to national elections and contemplating the existence of God. But what caught our attention was the story of Abraham Wald, who was tasked with analyzing bullet holes in combat aircraft during World War II. Should the military have placed additional armor in sections that took the most fire during a sortie? No, answered Wald. Put extra armor in places where there are no bullet holes, he advised. Because planes hit in those vulnerable places rarely returned for analysis. It’s this sort of counterintuitive -- yet mathematically sound -- thinking we believe is necessary for making good decisions at high speeds.

Negotiating the Nonnegotiable: How to Resolve Your Most Emotionally Charged Conflicts – Daniel Shapiro 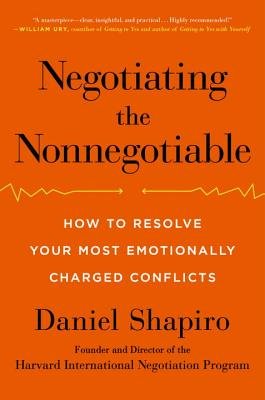 Shapiro, founder and director of the Harvard International Negotiation Program, believes emotion, not reason, governs the rational discourse of negotiation. So, before disagreements can be resolved five hidden emotional forces must be discovered and explored: vertigo, repetition compulsion, taboos, assault on the sacred, and identity politics. Understanding these dynamics can transform adversaries into allies.

Former Microsoft CEO Bill Gates selected Harari’s work for his summer reading list this year because of the author’s many controversial assertions. For example, Harari claims “The Agricultural Revolution” was “history’s biggest fraud.” We won’t debate that point here. Rather, we’ll point out a paradox we’ve observed in the relationship between humankind and its ever-multiplying digital inventions. The more innovators seek to remove human frailty from our technological solutions, the more our humanity seems to become the heart of the issue with our technology.